"Confluence Within A Canyon..." 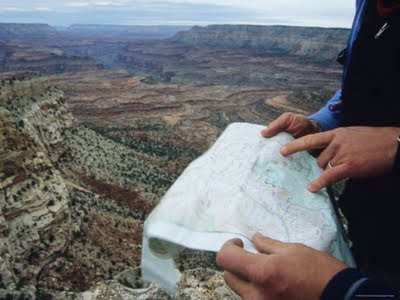 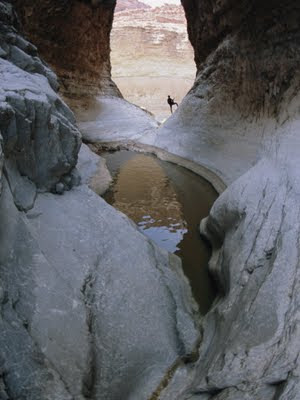 Canyoneering, canyoneering... A word we softly speak, so full of inspiration, anticipation, and excitement. The lowering, exploring, searching, , and peering into those desert depths of ancient rock and even older mysteries too... Such wonderful long days, such true challenges for us within this real yet surreal blending of desert elements. It was a time to unite again with close friends, to allow that joining with the sun and temperatures that was matching our enthusiasm, among a union of movement over, among, and between special stone. Canyoneering seems to very much be about flowing with what is there; in conforming to the nature of those countless twists and turns. Between sunrise and sunset, within the convergence of the elements with our musing and wonder - it was not lost upon us how such adventures as canyoneering out there, often mirrors our experiences as well when back here. Such amazing confluences, from deep within a lost desert canyon.....DSD


My appreciation to Fellow Canyon spirits, B. Hatcher for the top image above, and to B. Model for the lower image.

Posted by Unknown at 6:20 AM No comments: 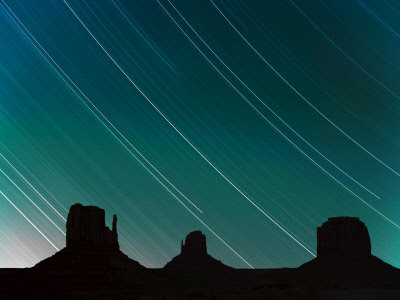 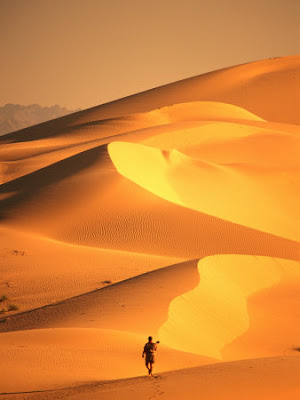 "May your trails be crooked, winding, lonesome, dangerous, leading to the most amazing view. May your mountains rise into and above the clouds. May your rivers flow without end, meandering through pastoral valleys tinkling with bells, past temples and castles and poets' towers into a dark primeval forest where tigers belch and monkeys howl, through miasmal and mysterious swamps and down into a desert of red rock, blue mesas, domes and pinnacles and grottos of endless stone, and down again into a deep vast ancient unknown chasm where bars of sunlight blaze on profiled cliffs; where deer walk across the white sand beaches, where storms come and go as lightning clangs upon the high crags, where something strange and more beautiful and more full of wonder than your deepest dreams waits for you beyond the next turning of the canyon walls". E. Abbey

Jeff's last comment, of the Meanderthals Link here, reminded me of my very favorite quote this last week as we were wandering among the canyons while simply desert dreaming... The desert and our other wild places do indeed hold out many dreams out there for us, so my wish for you today Dear Finders, which reflects what Abbey wrote above so long ago, is let us then envision these dreams and then become them..... DSD

My sincere gratitude to our fellow desert wanderers, A. Cavalli for the upper image above, and to M. Newman for the lower image. 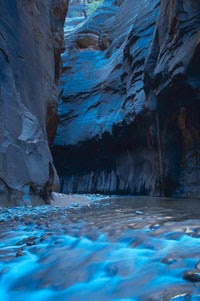 We have made quite a number of southern journeys now to bask under the desert sun, to wander among the canyons, and to enjoy the desert summits too. There seems to be much geomancy out there especially during the glow of each time of the day... The colors of the rock evolve from red to cream, to greys and black, and yet it is amazing how each changes form depending upon sunrise & sunset, and even at high noon. There is an inconsistency in the rock that is so different; some allows a sense of sureness in scrambling, while others demand climbing with so close attention. I took a moment to reflect on our past experiences too within Joshua Tree as we hope to return there soon to that unique clime. I do so love the mirages that are created out there... The elements mix with our mind and we begin to see, even to become, more than what was before... It will never cease to amaze me about the differences and uniqueness of desert terrain; the actual feel of the rock; the variations in temperature - what a contrast to hiking and climbing in our Northern Rockies. The desert asks different things of us, in the way we move, what we need, the timings we choose, how a route is planned, among so many other spicy variations... This wild place's uniqueness allows us to seek out deep canyons, bike slickrock, climb upon ages old rock, and hike among the towers out there as well. That nature of variety itself in our adventures can be important for us... For when we discover new places and different experiences, then new ways of seeing and being in the wild places are created too... There exists such amazingly different combinations of the elements out in the desert: Moisture where you wouldn't expect it; the unique mix of dust, earth, and stone; the feel and reflections of the sun; the taste of the water; the heated air and how it moves in unexpected ways; and the the hidden surprises are many too... There were all those unknown tracks in the sand; unexpected vibrant green in deep canyons; dark openings into the earth that look never before travelled; and just a few small painted stones, appropriately placed gently on those desert summits with the registers created there so long before... We all need to embrace such diversity of adventure moments... Those that will leave us longing and dreaming of yet other days of desert sun... desert summits.....DSD 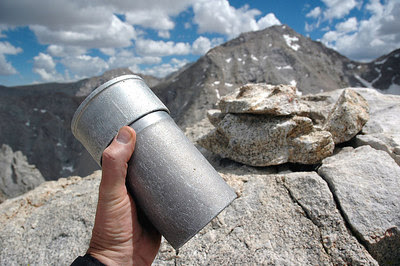 Musae, Movere, Ignis. Significatio, Elementi, Vita. Ignis, Ubi, Natura... Nine words of Latin. Written on some parchment. Found in an old register. Upon an elusive summit. It seems the interpretation though, is now up to each of us. Calculus... DSD 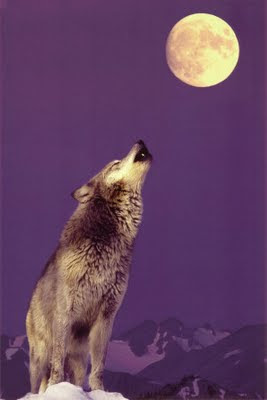 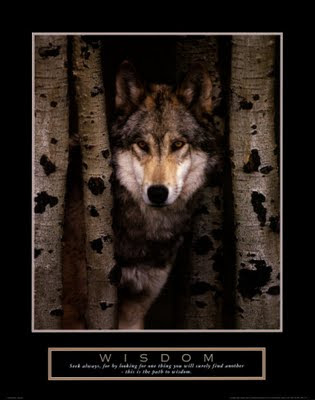 This phrase, has become very special for me. These words have evolved, as we all do, over the seasons through many long adventures, and among such amazing wild place experiences. The memories and meanings are so vivid... It is also a powerful metaphor to live by, I have been learning, this 'Grey Wolf In A Storm...'. Especially during times of trial and adversity... On that day, so very long ago, I could sense the approaching weather - the winds were building, gaining strength, and the clouds were moving faster, getting darker. Surely a storm was coming. Now I don't know a lot about the behaviour of wolves in such weather, but the wolf I glimpsed that day appeared in a way, to actually be purposefully pausing there, standing in some safety back among those trees. We seemed to both be looking out upon the coming storm. Maybe each deciding what to do to prepare and where we should ride this out. I'm sure this grey wolf knew I was there long before I realized its' presence, and we were quite a ways apart, yet I caught a glimpse of movement, and that silver grey fur that was a real contrast to the darker woods. What mystified me next was that we both then seemed to just settle in to weather this storm through. It didn't last but for a few hours, winds gusting, rain casting shadows in sheets through the air, clouds alternatingly covering the peaks as if they were trying to hide them away... I watched for that Grey One as often as I looked up at the storm. That wolf never moved, never seemed to flinch, never ran, even when the thunder was right over head. It simply waited it all out, with a patient and knowing strength of purpose. Maybe in it's own wisdom realizing, that this too shall pass... Therein is what has become my metaphor, therein were my meanings... Now when my health issues or other adversities, like a recent back injury while out climbing challenge me, over and over again like that storm did - I think of that 'Grey Wolf In A Storm', and I find and draw upon the energy of its presence from that day to weather it all out once again..... DSD 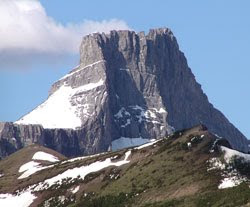 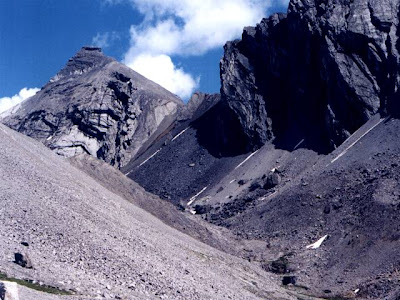 "All journeys have secret destinations of which the traveller is unaware." M. Buber
Fortress mountain is a spectacular peak hidden away in our Kananaskis, that guards its summit and secrets closely at times... While it is described as an easy scramble, as in many adventure experiences 'easy' does not always mean simple or straight forward. My moments out on this Fortress have evolved over a number of years and many long days upon it. While the mountain itself has stood fast and ready for those who would join with it, I needed a series of adventures up there before its' elusive summit was shared with me. Each trip had its own distinct trials, yet also very special and unique moments. I remember the first time out, among snow & sleet & wind, and leaving that cold clime with only an intense commitment to return. My second journey was during a time of injury that took away the speed and endurance needed to wander deep into that valley leading to Fortress Mountain, and the thousands of feet of rock to be covered. While the injury took away the energy, the spark of desire remained... Number three was not a charm but was still a gem. It became a special time out with a close friend; a col gained above a hidden tarn, and laughter ringing out among the close surrounding peaks, even when our summit that day was not attained. Another year passed, more seasons of patience, then a solo day out with no one else about at all, only sensations of covering a now well known approach, with feelings of tenacity and a deeper understanding of persistence, as well as affirming for myself once more that re-creation of one's own motivation for such elusive experiences has a value that resonates as no other... All in all, a very long journey in total, such a series of trials, many long days, many longer hours, so much effort and desire, all leading only to moments, simple moments, upon a guarded vault of a summit upon this mountain called Fortress. Even still... I think I just may go back... yet one more time... DSD 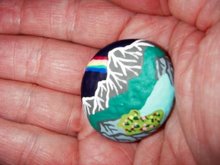 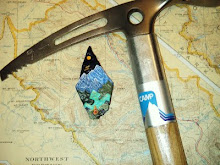 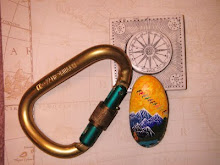 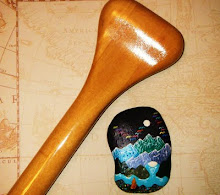 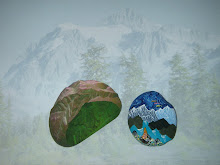 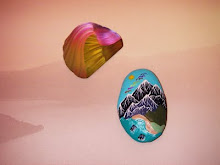 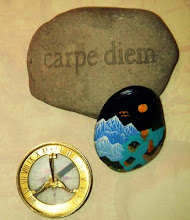 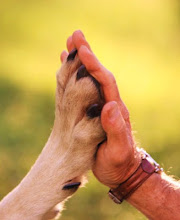 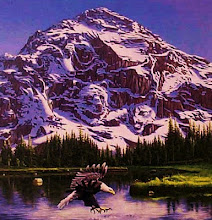 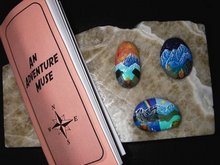